Can I join a union in the United States if I am here on a foreign student visa?

Yes. Every international graduate student, regardless of national origin or type of visa, has the right to join a union. Your right to belong to a union is protected by the right to freedom of association guaranteed in the United States Constitution. The visa requirement that foreign students may only accept employment associated with the university they attend in no way compromises the right to belong to a union. Graduate employees have formed unions and bargained contracts at many schools, and graduate employee unions have existed for almost 40 years. None of the campuses with unions have reported any complications arising from the dual status of being both a foreign student and a unionized employee. It is against the law for your employer (the University) to discriminate against you on the basis of your union membership or participation in legal union activities.

That discrimination exists against international students, however, is clear. This is another reason why international students should join a union and help fight for more protections. Only with a union, independent of the University administration, can you be assured that if you are subject to discrimination by the administration that there is a group that will stand behind you and will help to defend you.

Are there any restrictions on political activity by foreign students?

All foreign students enjoy the same rights to freedom of expression and freedom of association as U.S. nationals. Federal law protects your right to join a union. The only relevant restriction on political activity by foreign students is that they cannot make financial contributions to political organizations in the United States.

Are there any restrictions on my ability to participate in union activities such as picketing, rallies, and leafleting?

Political activities such as picketing, rallies, leafleting, demonstrations, etc., are forms of expression and free association, which are protected for foreigners in the U.S. (including foreign students with visas) as they are for U.S. nationals. It is against the law for your employer (the University) to retaliate against you for participating in these protected activities.

Will my union membership or union activity effect visa applications that I might make in the future?

Are there any other issues I should be aware of?

As an international student, how would a union benefit me? 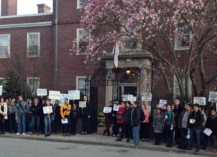 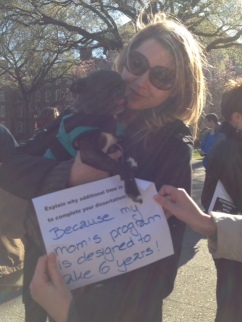 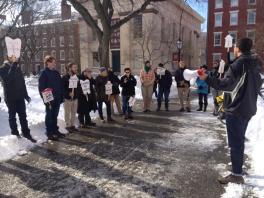 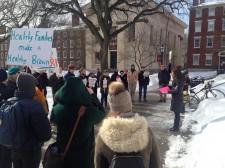 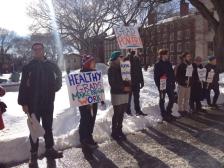 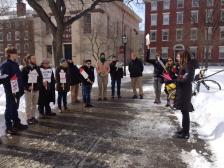 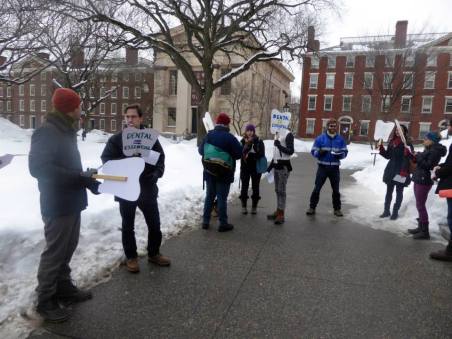 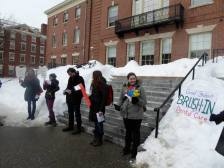